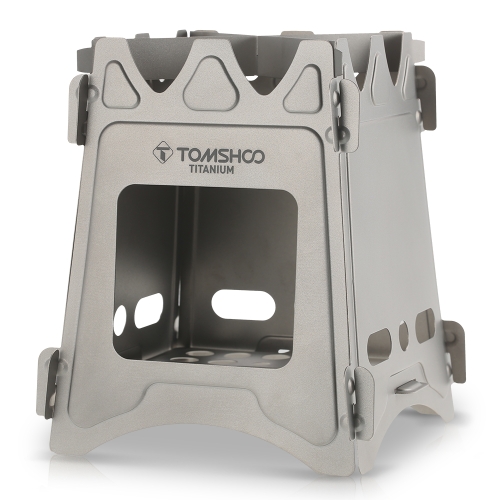 Only US$50.92 with fast free shipping. Shop best TOMSHOO Portable Folding Lightweight Titanium Stove for sale, There are a wide variety of discounts waiting for you at Tomtop.com

This stove is built with titanium construction that is corrosion-resistant, extremely durable and super light. Connect all panels together by each side which will just take seconds to complete. Cook a meal with easy-to-find, unlimited fuels like wood, twigs, branches, leaves and paper to cook a meal wherever you set up your camp, no chemical emissions, no carbon footprint. Fold the stove flat and stuff it in a pocket or backpack to start a low-carbon travel.

based on 16 Customer Reviews