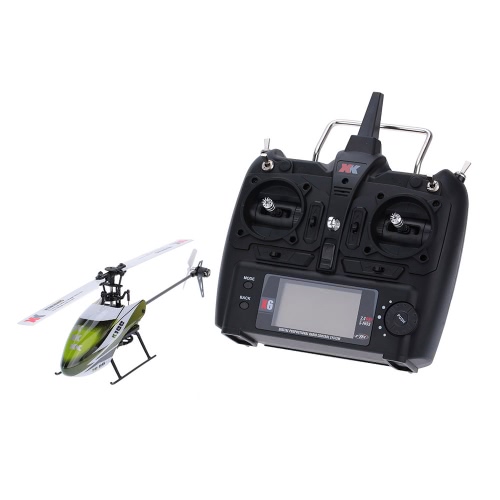 This is a super classic helicopter with excellent flight performance. Flybarless design, decrease resistance of rotor head. The blades can supply strong power and keep stability. Using new type gyro which is compatible with 3D and 6G mode, you can make a variety of stunts by 3D mode; 6G mode is suitable for beginners especially.

Notice:
This RC model is not suitable for children under 14 years old.
Carefully read the instruction before any use, if you are a beginner, it's advisable to be assisted by an experienced adult.

This RC drone is equipped with coreless DC motors, continuous using with different batteries is not suggested.

Is a transmitter included with the purchase of this item?

based on 21 Customer Reviews